An example image would help to see the problem.

I could put it in Photoshop and create that outline as a line image, something like this
“https://s3.amazonaws.com/pushbullet-uploads/uju2iI5B40q-uGi3elY3K48Q0TGSywBeT9Mj7jxrd4i5/Capture.PNG”

but i dont know how i would get that as lines on a flat surface in sketch up. like this
“https://s3.amazonaws.com/pushbullet-uploads/uju2iI5B40q-A06gWouT3x0uuH42ye6bicRmILt3tUPE/Capture.PNG”

It’s not at all clear why you would want to put all that intricate 2d geometry into SU as vectors. The resulting model would weigh a ton and probably bring your system to its knees.

You need to exercise a bit of judgment as to what constitiutes a good subject for a 3D model. This sort of Art Nouveau tree–clearly a 2D design meant to be viewed from just this one angle–does not.

I will be using this method for various products i make with a laser cutter. I used that image of google as just an example but heres a link to my etsy store for examples of my existing work. (There’s more if you click on sales on the left)

Also my machine is capable of a lot of stress from models with tons of geometry so shouldn’t be a problem there. 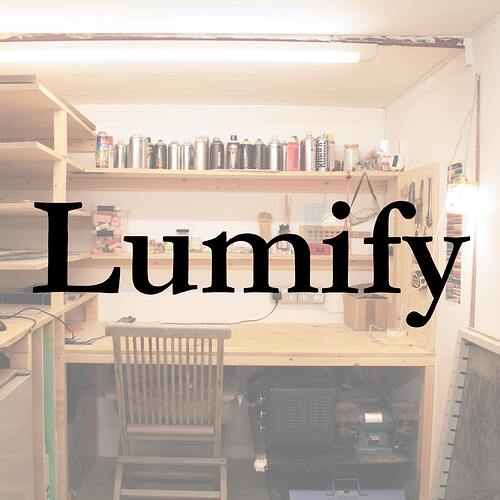 Your designs are 2D. You could and should be using a 2D drawing app for what you’re doing (and you’d probably get cleaner cutter paths). Of course, you’re welcome to waste time, energy, and resources doing it this way. If you want a model of the assembled objects, you could make each flat panel as simply a face painted with an image (with transparent cutouts) and then just arrange the panels.

The tons of geometry may well be a problem in SU, notwithstanding the sturdiness of your “machine.”

Do you have Illustrator and SketchUp Pro? If so, I have a solution for you. In Illustrator, do an Image Trace. Tweak as necessary, export as DWG, Import into SketchUp. Magic. I just scribbled out “SketchUp” right now, snapped a pic with my iPhone and did that process in about 2 minutes. If you only have Photoshop, there might be a workpath to dxf script out there somewhere. It helps to add some anchor points in Illustrator before exporting to dxf, sometimes at least.

I am aware that sketchup is a 3D modeling piece of software, I prefer to use it as i am also able to make quick 3D models of my products that help me edit and tweak them, also having a 3d object to work around helps to see where its flaws are. using 2D software would make doing this difficult and can take a lot more time.

This looks perfect Chamberz!, thank you very much!

will play around with it and see what i can come up with.

@Oxygen220, there is a bunch of settings that could be tweaked along the way, but I just tried that process with the image you supplied. The neat thing is that the Illustrator image trace function is somewhat self-correcting on less-than-high resolution images. The attached may not be exactly what you are looking for but I think you can get some ideas.
oxygen220tree.skp (578.7 KB)

looks promising, i only used that image as an example pulled from google but yeh i will have to play around.

@chamberz Is there a way of adding more anchor points? like, doubling or tripling the amount it adds, as that would make for a much smoother trace and much smoother lines in sketchup

Yeah, with your shape selected, you can go to Object → Path → Add Anchor Points. The “Simplify” option also helps when trying to get just the right amount of anchor points. For my workflow, I often just add a ton of anchor points and then set them to be straight lines with the Simplify option. It creates geometry-heavy dxf files, but the appearance is retained.

awesome, thanks very much

@chamberz hmmm it seems that adding more anchor points doesnt help, its importing it so that there are no curves and looked like this.

where as its supposed to look smoother like this.

any fix for that?

Ah, yeah that is the same issue I usually run into. That type of situation is where I just add a ton of anchor points and set the lines to be straight.

Do you also have Autocad? If you do, there is a really good LISP called Polyfit that simplifies and distributes anchor points.

yeh but again i haven’t used it very much at all, maybe twice. I can have a look for it, thanks.

thanks cotty, been looking for something like this for a while

The reason this problem exists in SketchUp is the poorly implemented inference method. It is insists on inferring all kinds of points that I (and others) don’t want. If you could specify the type of inference (e.g. center point, or end point, or none) this problem could be eliminated. I frequently run into this with all kinds of situations including purely 3D design instances. But there are also instances where you want to put down lines or points in irregular positions on a plane (no matter what the orientation of the plane, you are now working in 2D) and it is a horrible pain in the … with SketchUp. Some instances where these forms are used in SketchUp include FaceMe objects, people, trees, etc. I often want to draw water bodies, streams, etc. with irregular outlines that will be fully 3D entities as my drawing progresses, but it’s extremely awkward to do with SketchUp. Having to go to another program like AutoCAD or Illustrator to create these lines and then export them as DXF and then import them to SketchUp is ridiculous, but necessary. SketchUp should fix this,

I admire you Gully. We disagree on this point.