Can't see some of the lines

You’ve turned Edges off in your style. That would have a lot to do with it. 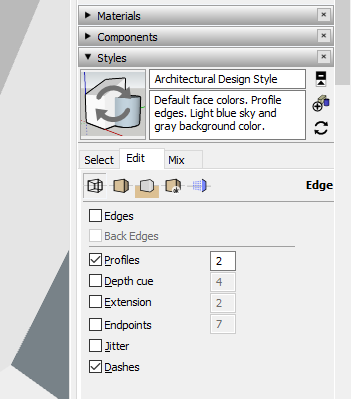 There are quite a few reversed faces in your model that ought to be corrected. 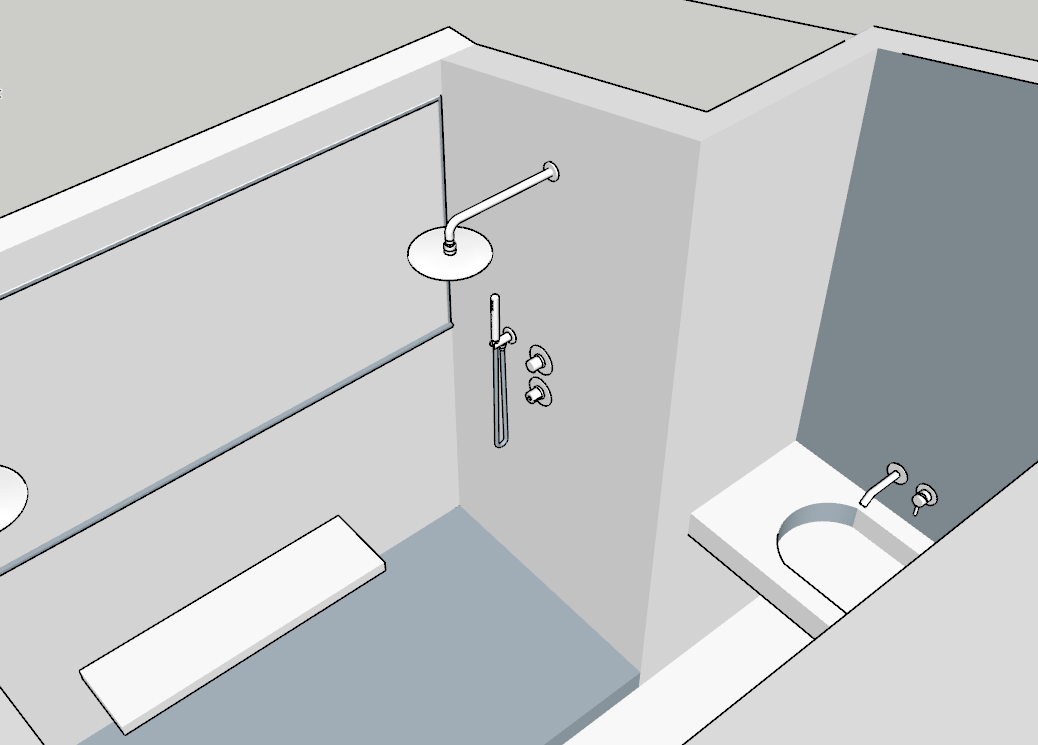 I also notice incorrect tag usage. ALL edges and faces should be created and remain untagged. 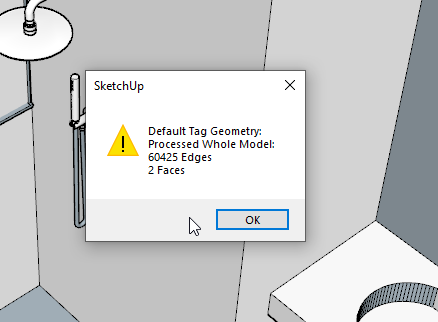 And your model could tolerate purging of unused stuff. 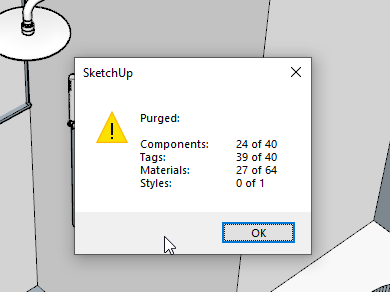 Hi Dave, OOOmph! I must have hit the uncheck button by accident! How do I get rid of the “tags” when they were imported from autoCAD. I have a feeling I forgot to put everything on untagged default. Can I still do it?

How do I get rid of the “tags” when they were imported from autoCAD.

I used TIG’s Default Tag Geometry from Sketchucation to remove the tags from the geometry in the model.

I have a feeling I forgot to put everything on untagged default. Can I still do it?

You can go through manually and select all the geometry or you could just delete the tags and give them Untagged.

The code snippet below will find each loose face and edge that uses a tag/layer at top-level in the model and will create a group for that tag containing all the loose geometry that used it. The geometry captured by the group will be untagged, but the group will retain the original tag. I use this as an attempt to preserve layering semantics when a model is imported from CAD with (for SketchUp) improperly tagged faces and edges.

It only affects faces and edges at top-level in the model because there are other extensions that already repair improper tag usage in nested contexts. Note however that the code here should be run before using those other extensions, as they will clear the tags this would have targeted.

Also note that this will take the edges bounding a face with it into the new group. When two differently tagged faces share an edge, a separate copy of the edge will be put into each group, as it is needed for the definition of each face but an edge cannot bound a face in a different group.

This does not repair edges or faces that were split by SketchUp during the import. It is not possible to prevent SketchUp from processing all intersections during the import and the logic to try to fix them can be unreliable.