While SU2022 appears to have improved view clipping in general it is still not possible to adjust the clipping plane to 0 when setting up scenes in larger masterplan models. Is there a fix? Is there a Mac compatible plugin? 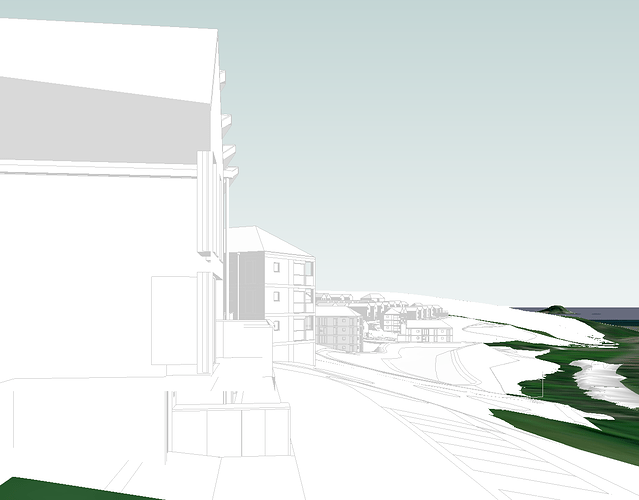 You can use the Position Camera tool. Look down on the scene, click where you want the view to be from, and drag in the direction that you want to look. Having got close to the right view you can Pan or Zoom, to line up the view how you want it. Update the scene.

Don’t use look around or orbit, doing that will invoke the clipping fix, which will back you outwards, and objects that were behind you will start to show.

Thank you - that’s a useful tip. Unfortunately it only partially improves the example in the screenshot.

The green lump on the horizon is a key landmark approx 5km from the site and the developer wants to understand what the view from the balcony of different dwellings is. I’ve attached the same view in a version of the model without the landmark which doesn’t clip the balcony. Guessing this identifies that the distance to the landmark that is causing the problem?

It would be so helpful if there were more advanced camera settings tools to allow settings like the clipping plane distance to be changed. Given that there are PC plugins doing this already I’m guessing this wouldn’t be difficult to do and make available to Mac users too? Or if one of the PC plugin developers (https://www.clippingplane.com/ ; Clipping Camera; Clipping Fix) could create a Mac version this would be a good second best? 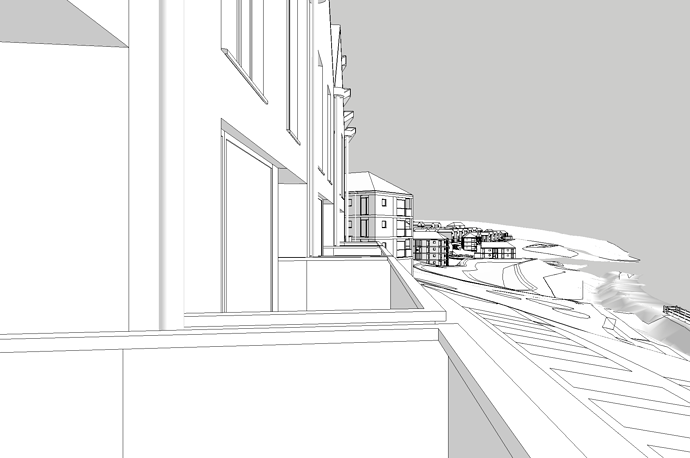 Even the foreground green parts are missing. Would you be able to make a test file that only has in it enough to show the problem?

The 4 attached exports show the progressive change to the clipping plane starting with just the site (approx. 80m x 50m) and then adding the various Geo-located landmarks visible from the site - the furthest being a headline around 30km away. The views from the site are fantastic and a key selling point for the developer – being able to show a prospective customer the view from their balcony would be incredibly useful and Sketchup is such an accessible platform to do this with but currently the clipping plane issue us making that a problem. 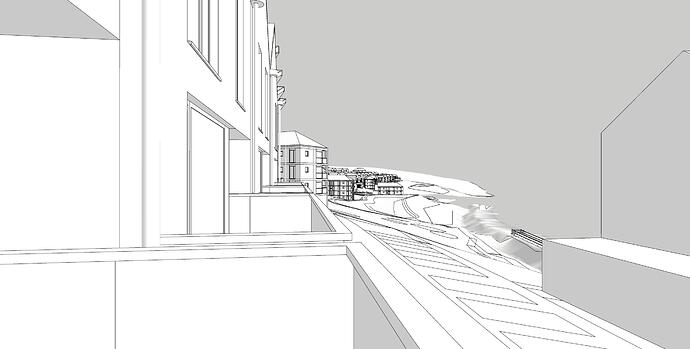 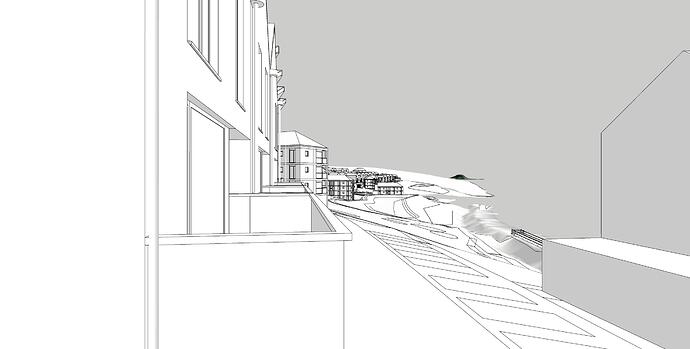 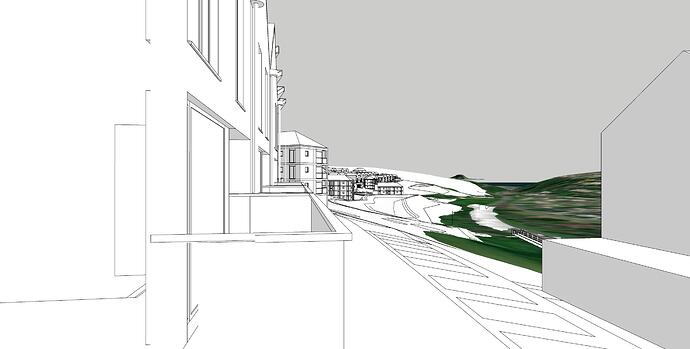 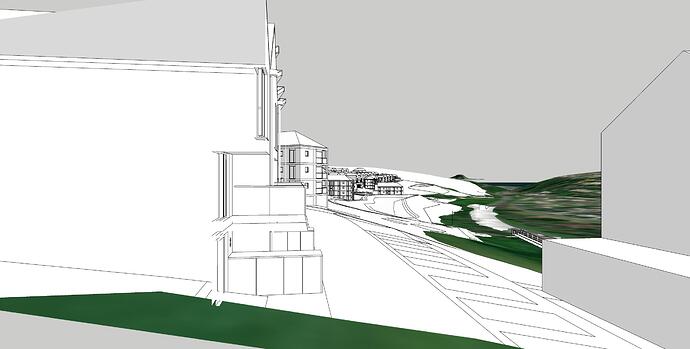 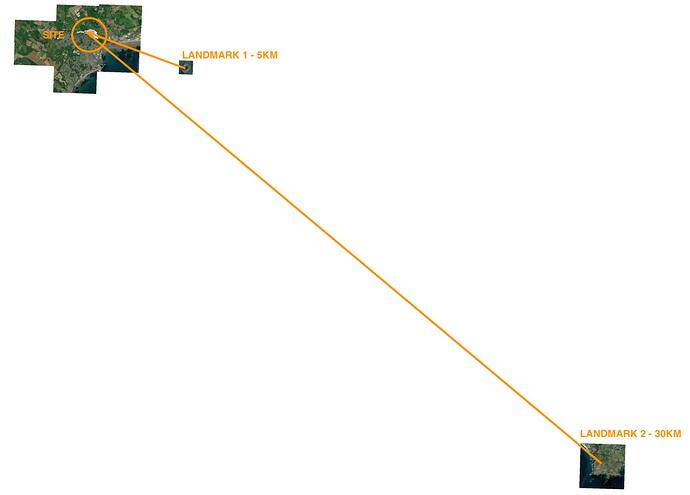 I suggest that you fake it like cinematographers do. Place the landscape features nearer, to a reduced scale.

Also a clever work around although presumably only works from when the camera position is not moving large distances.

I would still like Sketchup to make the settings for the clipping plane settings a native feature in the software - if there are PC plugins available it must be possible to deal with what has always been a frustrating glitch in an amazing bit of software.