I thought I’d share a little volunteer project I’m working on. The son of a friend is working on his Eagle Scout project. It’s quite a big deal for a 16 year old kid. He develops an idea, recruits people to assist, presents the project to a proponent and makes sure it gets finished.

This is my rendition of one of his ideas for some small garden boxes. The intent if they would be tended by local senior citizens so they are raised up to make it easier to work at. The boxes will be placed along a currently blank wall at a local clinic in his small town. 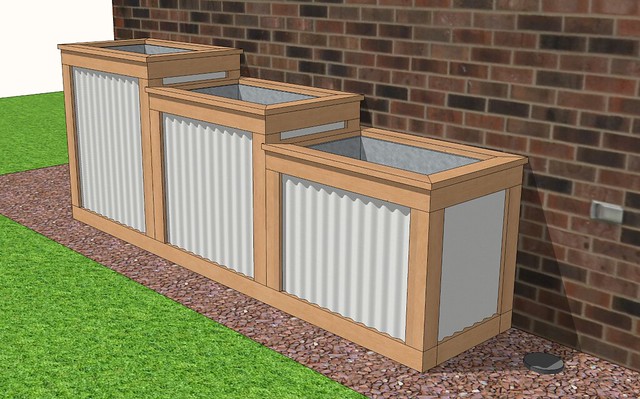 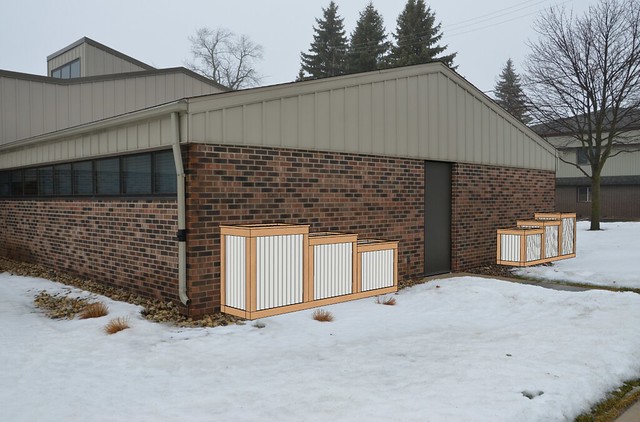 He was impressed at how easy SketchUp makes the process with Match Photo. He saw me take the photograph and then watched as I set it up in SketchUp and proceeded to draw his boxes.

An update on this project.

This is the final design which was accepted by the committee. 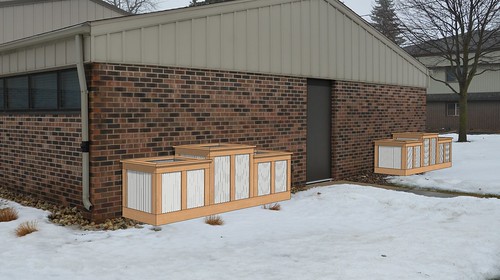 And there are the actual planters just after they were put in place this morning. 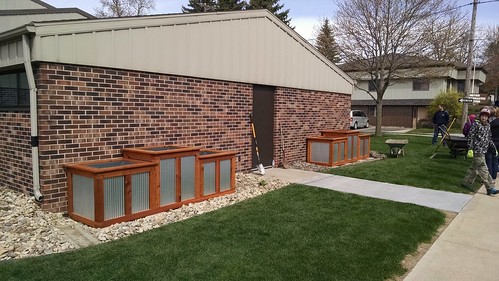 A few minor construction changes but the scout and his troop did a great job.